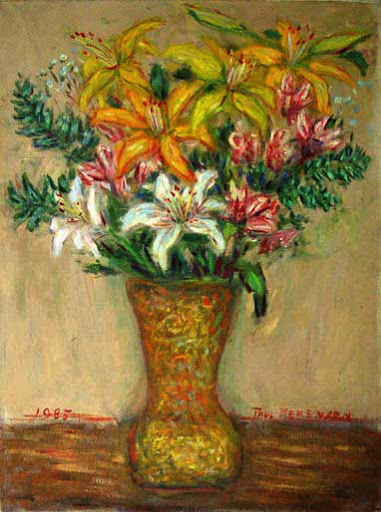 The molded clay changes form before fired in a kiln.

I once knew a vase full of lilies and secrets that took on an ill fate not destined for a reformed devil who renewed its heart on the sacred pyre.

Its clay incarnation seemingly fixed once the smoke sucked out the soul.

The reformed demon, cast into clay, lost its reclaimed light to a succubus.

The vase suffered from amnesia ever since, which made it easy when gravity coerced it to fall.

It shattered at my feet, drew blood an inch under the web between my hallux and long toes.

I tried to glue the undermined beauty back together, but a man’s voice scolded me from the 108 pieces scattered on the floor.

He forced me to sweep the broken chaos into a dustbin.

The shattered vase likely now en route to the landfill and will return to the earth.

This site uses Akismet to reduce spam. Learn how your comment data is processed.